Trust.Zone Review – Very Affordable VPN but is it Good?

Trust.Zone is a low-cost VPN that is solid in many respects, but it does have a few limitations. 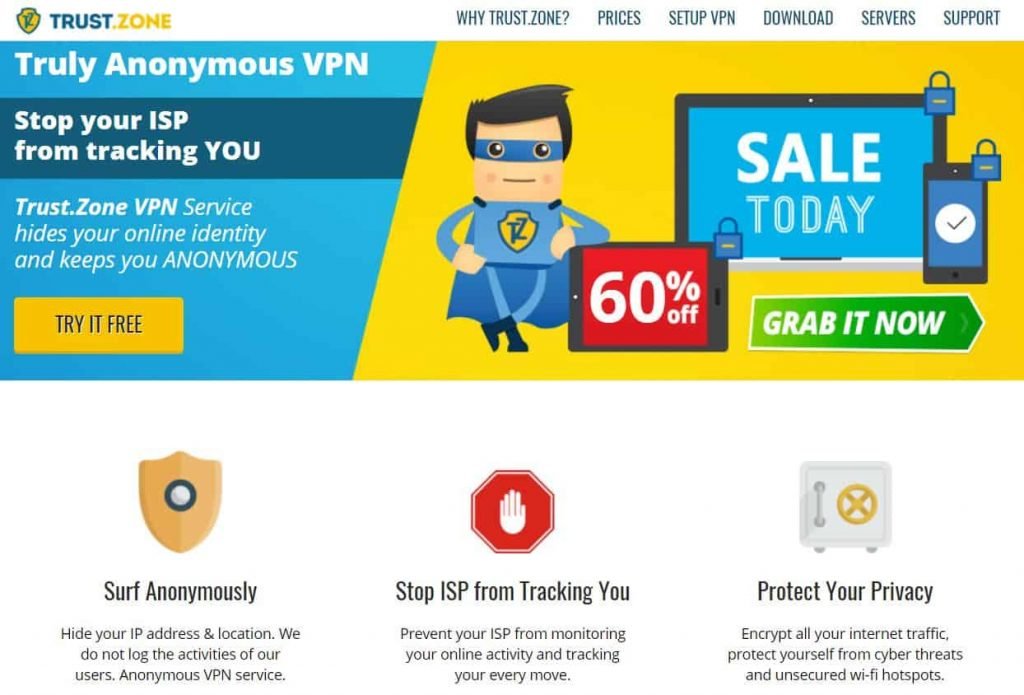 Trust.Zone is a cheap VPN but is it any good?

There are so many VPNs out there, it can be hard to know which one to choose.

That’s why we decided to run the Seychelles-based Trust.Zone VPN through the gauntlet to see how it stacks up against the competition.

How did Trust.Zone fare? Keep reading to find out.

Trust.Zone only offers one plan (other than their free trial), but they break up pricing by how many months you pay for at once.

As you can see, Trust.Zone offers some nice discounts if you pay upfront for 3 to 12 months. In fact, their annual plan at $3.33/mo ($39.95 per year) is one of the best deals in the business. And it’s backed by Trust.Zone’s 10-day money back guarantee. 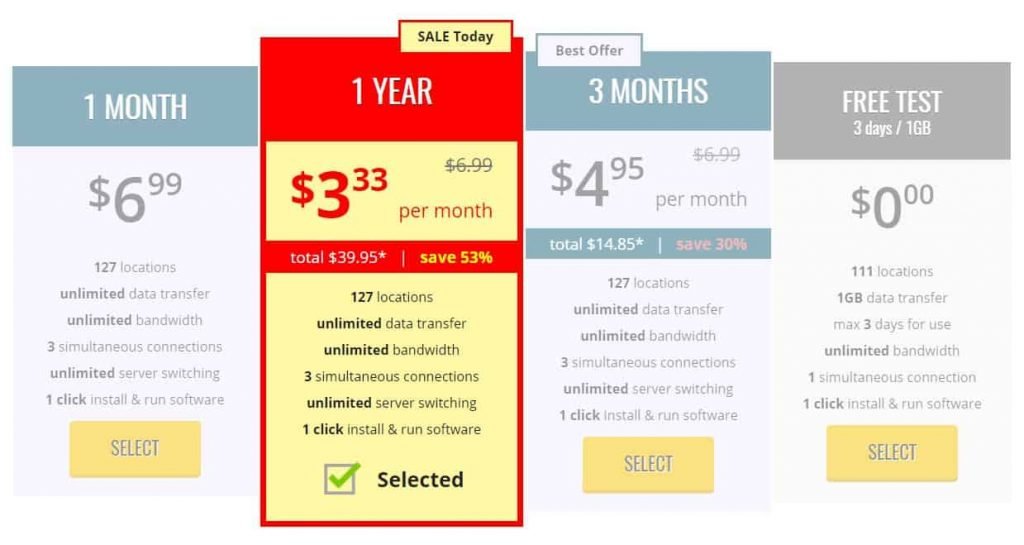 Trust.Zone's VPN plans and prices are cheap and simple.

And the only information you need to provide at sign up is an email address. No other personal or payment details are needed.

This makes Trust.Zone a great option if you want to give it a spin before committing to anything and without handing over any personal data.

Try Trust.Zone Free today (only an Email Address is Needed) » 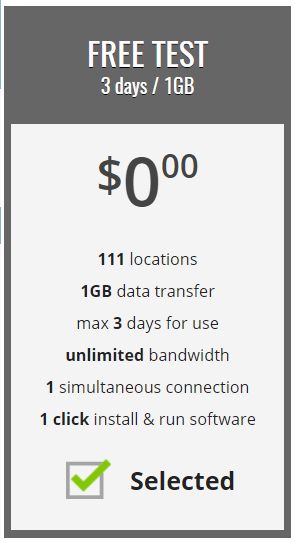 Trust.Zone isn’t perfect, but there are certainly some things to like about it. These are the areas where we think the VPN performs the strongest.

Based in the Seychelles

VPNs are subject to the laws of the country they call home. This can be a bad thing if they’re located somewhere like the US or UK, where the government’s snooping can be quite invasive. Fortunately, Trust.Zone is based in the Seychelles, a small island nation off the coast of Africa.

They’re not part of the “Fourteen Eyes” countries (who are notorious for collecting data on the people and businesses within their borders).

They also don’t have mandatory data retention laws, making them a good option for a privacy-focused service.

Trust.Zone has a strict no-logging policy – meaning they don’t collect data about what you do online – and their privacy policy is quite good about clarifying what minimal info they do keep on record, like the email address you use to sign up.

Trust.Zone also offers strong 256-bit encryption, along with a kill switch and DNS leak protection built into their VPN apps. All of this, plus their Bitcoin payments, make them a solid option for privacy. 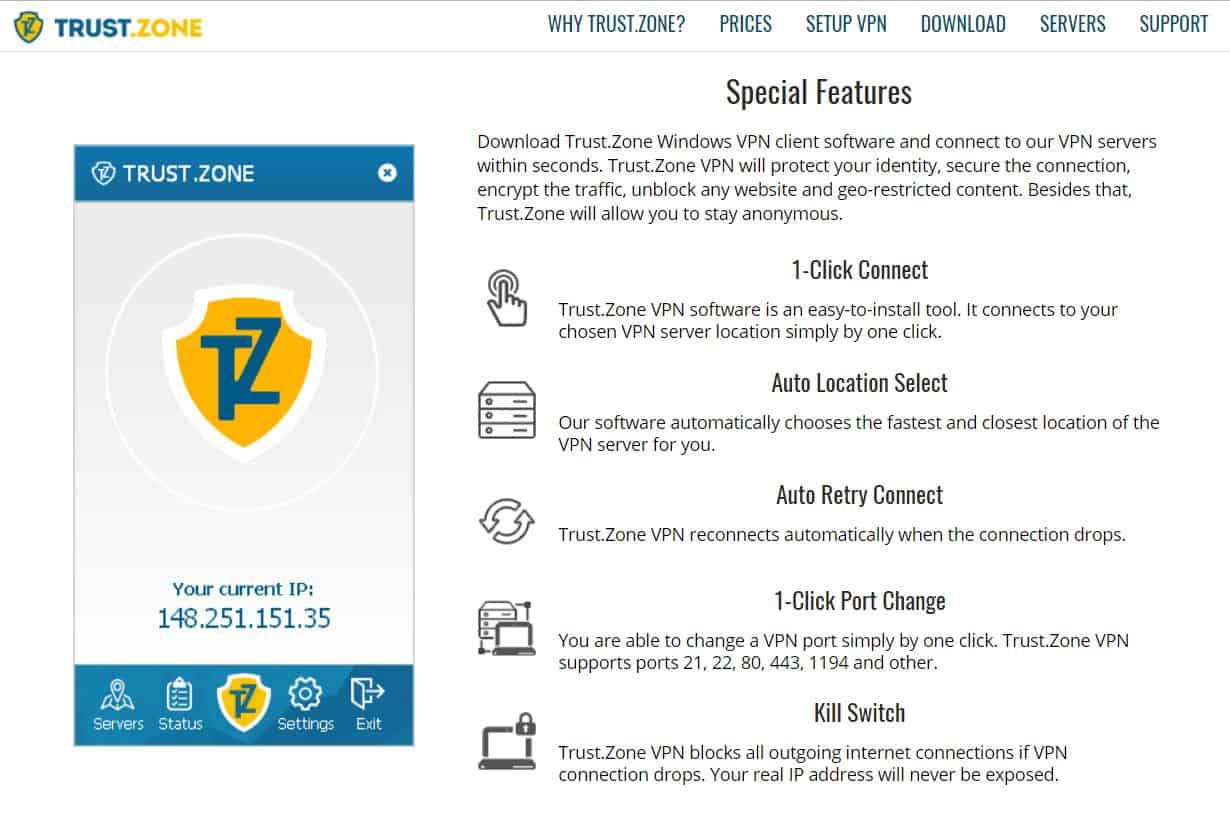 Trust.Zone VPN has a lot going for it.

Trust.Zone openly states that they don’t restrict P2P traffic, right on their front page. And this was true in our experience.

Unfortunately, as we point out further down in the review, torrenting speeds were better on some servers than others.

As we pointed out above, Trust.Zone’s annual membership fee of $39.95 is one of the cheapest around. Even their monthly prices, at $6.95, are quite competitive as well.

For those that want to pay with cryptocurrency, Trust.Zone accepts Bitcoin payments. In fact, Trust.Zone will give you a further 10% discount for paying with Bitcoin.

Protect your Online Activities with Trust.Zone »

The Chinese government’s restrictions on the Internet – up to and including the “Great Firewall” – are some of the strongest in the world. Fortunately, users can get around some of these limitations with a good VPN, allowing them to access blocked content and more.

Trust.Zone is one of the few VPN services with servers located inside China.

While Trust.Zone certainly has some nice features, there were a few things we weren’t crazy about.

Speeds Could Be Better

Good speeds are one of the biggest things that the average user looks for when VPN shopping. And, unfortunately, Trust.Zone comes up a bit short in that area.

We ran speed tests on more than 5 of their servers, both in the US and Canada, and only one even came close to being considered “fast”. To be sure that it wasn’t just our Internet connection, we ran the same tests on NordVPN, which performed much better.

We also torrented two copies of the free office suite LibreOffice with the qBittorrent client, one through Trust.Zone and one through NordVPN. The NordVPN download completed twice as fast as Trust.Zone’s did. This was using the suggested server for both VPNs.

In short, whether you’re going to be torrenting, streaming, or just web browsing, you should be aware that Trust.Zone is not the fastest VPN.

Number of Servers Don’t Measure Up

We were also a little underwhelmed by Trust.Zone’s number of servers in general. They have a total of 127 servers across 30 countries.

Now, that’s not exactly terrible, but compare it to NordVPN with 5,589 servers in 60 countries, ExpressVPN with 3,000 servers in 94 countries, and even PureVPN with 2,000  servers in 140 countries and you start to see what we mean.

Combine that with the speed issues we outlined above, and it’s clear that servers are an area in which Trust.Zone could stand to improve. 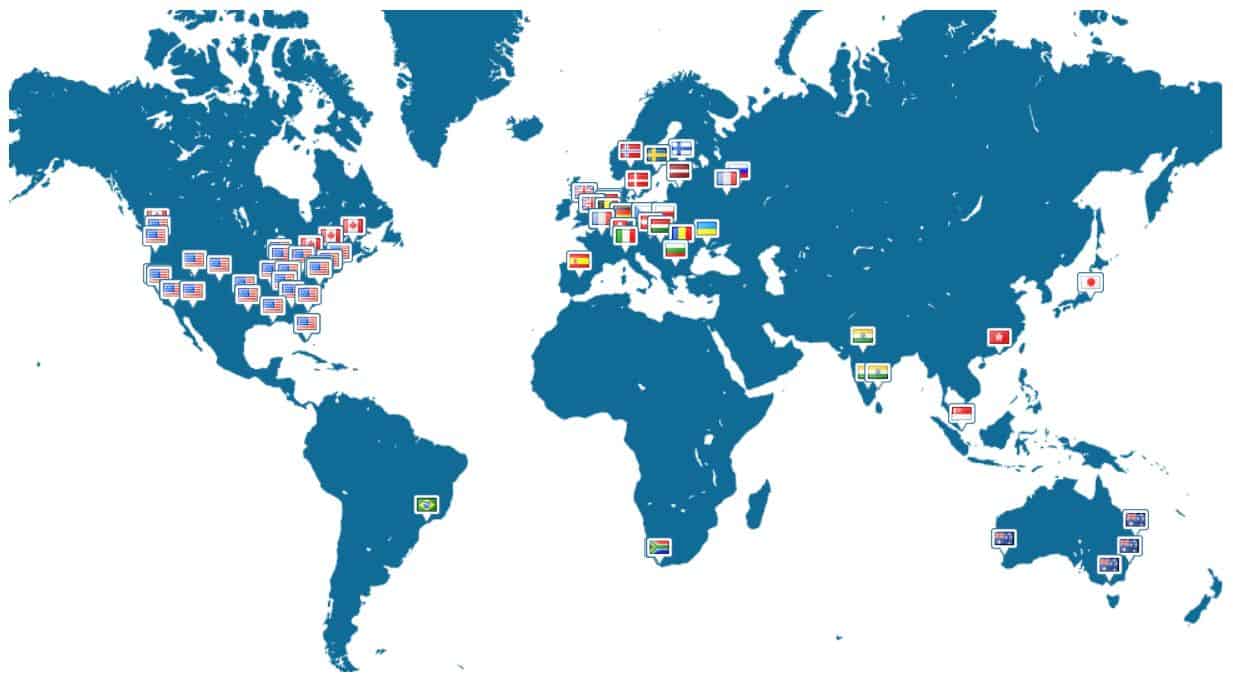 Map of Trust.Zone's servers around the world.

Trust.Zone has a solid website, and we thought their UI was pretty sleek too when we first booted it up. It’s fairly minimalist and user-friendly, while being easy on the eyes and not taking up much screen space.

Unfortunately, having the client open but not connected interrupted our internet connection. Whereas most VPN clients can be run in the background even when you’re not using them, you need to close Trust.Zone any time you disconnect. This is a minor annoyance, but an annoyance nonetheless.

Only One Option for Contacting Support

While some VPNs offer everything from contact numbers to 24/7 live chat support, Trust.Zone only offers ticket support. And even that is only open from 6:00 am to 4:00 pm GMT on Monday through Friday.

Our Final Thoughts on Trust.Zone VPN

Of course, it still comes down to: would we recommend it?

Well, on one hand, Trust.Zone is based in a country with favorable laws, doesn’t keep logs, offers solid privacy features, is P2P/torrent friendly and has an excellent price point. On the other hand, their speeds, servers, apps and support could be better.

In the end, we simply can’t recommend Trust.Zone above some of our preferred VPNs. But of course, you don’t have much to lose by giving their free 3-day trial a spin to see if it appeals to you.