How to Watch Olympics Online 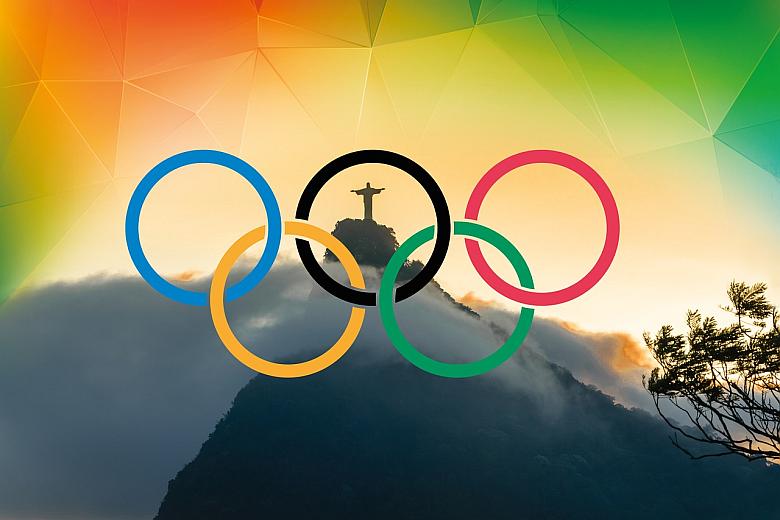 The days are ticking by for the greatest athletics show on Earth — the 2016 Summer Olympics — in Rio de Janeiro, Brazil. With 10,500 athletes from 206 nations competing in 28 sports over 17 days and in 306 events, it is shaping up to be the best Olympics ever.

Of course, you don’t want to miss any of the action. But how can you watch the Olympics, whether you are far from home, either living overseas or travelling, or you don’t have cable?

Here’s the full official Rio Olympics schedule for the 2016 Summer Games. That’s a lot of events!

Of course, everyone likes different teams, sports and events.

So, in addition to the full schedule above you can also check out a detailed daily break-down of all medal events at the Rio Summer Games (here’s another schedule) to help your planning about when to watch the Olympics online.  Below are a handful of the more anticipated medal events for an American audience.

(BTW, except for the Opening Ceremonies on Day 0, we have only mentioned Day #s because the actual event days such as Friday vs Saturday will depend on where you live given differing time zones compared to Brazil)

Day 0: Rio Olympics Opening Ceremony! Scheduled to start on Friday 5 August at 7:15 PM local time and end at 11 PM. Brazil is in the same time zone as New York USA. That means a start time of about midnight for UK viewers, 1 am Saturday morning for European viewers and later for those further East.

Day 14: USA women’s soccer team has won gold at 4 out of 5 Olympics since the sport was introduced in 1996.

If you stick with our recommendations, you will also be safe. That’s because you will be accessing a reliable online broadcast via a reliable VPN proxy service (or SmartDNS service).

Don’t simply type “watch 2016 Olympics for free” into Google. Sure, you will get lots of hits, but many or even most of these websites will not be safe.  Worse yet, do not download any “plugins” you are invited to install that promise free Olympics streaming as chances are high that these downloads will contain malware.

Hackers prey on Olympics fans during the games and will try all kinds of tricks to get you to download malware or fall for drive-by hacking attacks and all sorts of other trickery.

Stay safe by accessing the 2016 Olympic games through official TV broadcasters’ sites and their player apps while using a trusted VPN that is connected to proxy servers located in the same country as the official broadcaster.

Even if you find a free online streaming service that isn’t serving malware or trying to screw you in some way, these sites are prone to brutal buffering, lagging and crashing, usually at exactly the wrong moment! That’s because the more exciting or popular the Olympic event, the more people will be trying to access the “free” service and the more likely its online streaming will buffer, lag, crash or disconnect.

You wouldn’t want to miss the end of an exciting race, event or match featuring your favorite star athletes by relying on any dodgy free service.

A premium VPN such as IPVanish is your best bet as it will stream the Olympic Games as if you were living down the street from the official broadcaster that is live streaming the event.

Top Tip – Remember to grab the exclusive discount extended to our readers. At sign-up, look for ‘Have a coupon?’ and then enter our promotion code COGIPAS for the additional 15% off.

If you are wondering which TV broadcaster acquired the rights to show the 2016 Summer Olympics in your home country, check out below our comprehensive “one stop” table of national TV broadcasters for watching Olympics online. This table lists the official 2016 Olympics national broadcasters for each country. You can also use the table to confirm that IPVanish VPN has proxy servers located in that country to let you access the online streaming you are interested in.

For official Olympic TV broadcasters, you can also check out Wikipedia’s listing.

Remember, connecting to a VPN proxy server in a country makes it seem as if you live in that country and this lets you access the official national streaming broadcasts of your choice no matter where you actually live.

Top Tip – Make sure to utilize the exclusive discount extended to Cogipas.com’s readers. When signing up, keep an eye out for ‘Have a coupon?’ and then enter promotion code COGIPAS for the extra 15% off. Tell ‘em Cogipas sent ya!

But what if you can’t access the channel you want to watch? In fact, there are two major obstacles when trying to watch Olympics online:

Geo-restriction measures restrict your ability to stream the Olympics coverage from the country or region of your choice. With so many events taking place at the Olympics, each national TV broadcaster will focus on its own country’s athletes and favored events.

Anyway, you get the idea.

Don’t make the mistake that the Olympics is all about sport. It’s also about money, especially for the IOC, the International Olympic Committee, those greedy folks who run the Olympics.

The IOC and its minions are bent on dividing up the world into as many geographical zones as possible, each with restricted access to the Games’ digital content, in order to maximize their advertising and broadcast licensing revenues.

The second challenge you face is not often mentioned but it’s the throttling of your Internet connection by your Internet Service Provider (ISP).

The very high volume of online traffic generated by the Olympics and all the video people are streaming worldwide causes congestion on ISP networks which leads them to throttle, slow down and buffer your connection. The end result is a miserable online Olympics viewing experience for you.

Don’t be left out of all the exciting action during the Olympics.

The best way to stream the Olympics is to use a reliable and fast VPN provider such as IPVanish VPN. A VPN service lets you appear to live in the same country as the official TV streaming broadcaster whose Olympics coverage you want to watch.

It takes only a moment to sign up for a VPN service and download its app software.  Then you launch the VPN app enter the username and password you generated, choose the country you want to connect to, and start streaming the Olympics (or any other content) as if you lived in that country.  It really is that simple!


(for an extra 15% off, look for ‘Have a coupon?’
and then enter promotion code COGIPAS for our exclusive discount)

And not only will a VPN let you seem to appear as living in whatever country you choose, but using the right VPN will also prevent ISP throttling because the VPN also hides your connection behind strong encryption, so you are assured the best speeds with no awful lags or buffering.

All that’s left then is the choice about which VPN service you should use to watch the Olympics online as there are over 200 VPNs to choose from!

Cogipas.com is a trusted source of VPN information and we recommend IPVanish VPN as the overall best service for streaming the Olympics.

IPVanish gets our nod because it is reliable, fast and has lots of proxy servers located all around the world. As you can see in our Olympics table below, IPVanish VPN has 500+ proxy servers in over 60 countries.

And Grab a Discount While You are at it

Better yet, Cogipas.com readers get an additional 15% discount off IPVanish VPN’s already reasonable prices. It’s simple. At sign-up, just look for ‘Have a coupon?’ and then enter promotion code COGIPAS for our exclusive discount. 🙂

Of course, if you just want to sign up for a single month as a one-off to watch Olympics online in August, you can still enjoy 15% off IPVanish VPN’s already low price.


(for the extra 15% off, look for ‘Have a coupon?’
and then enter promotion code COGIPAS for an exclusive discount)

Is it Free to Watch Olympics Online?

If you will use a VPN for other things such as anonymous torrenting, protecting you on Wi-Fi hotspots and preventing online tracking, an IPVanish VPN annual plan is great value at $6.49 $5.52 per month (with the 15% discount offered to Cogipas.com readers).

Looking for an Even Cheaper Option? Best SmartDNS for Watching the Olympics Online

SmartDNS uses technology similar to a VPN to access geo-restricted content online. However, generally speaking, a VPN is much better value as you can use it for many things in addition to streaming geo-restricted online content. SmartDNS is even cheaper, costing just a few bucks a month.

Top Tip – If you are new to VPNs or SmartDNS or don’t know what they are, check out the information at our posts, ‘Best VPN Providers’ and ‘Smart DNS Review’.

Want to Learn More about How to Watch Olympics Online?

Here are some other good guides we’ve seen on how to watch the 2016 Rio Olympic Games online:

But …. Although these guides are great, they are recommending ExpressVPN, one of the most expensive VPN providers around. IPVanish VPN is a faster, higher-quality and lower-cost VPN service that keeps no logs and owns (rather than leases) its entire server network from top to bottom, ensuring you get a reliable streaming experience of the Olympics online. Don’t pay more than you need to.


(for an extra 15% off, look for ‘Have a coupon?’
and then enter promotion code COGIPAS for our exclusive discount)