How to Watch World Cup 2018 Online (Live from Russia)

Guide to Live Streaming FIFA 2018 World Cup Matches, the Quarter Finals through to the Final. 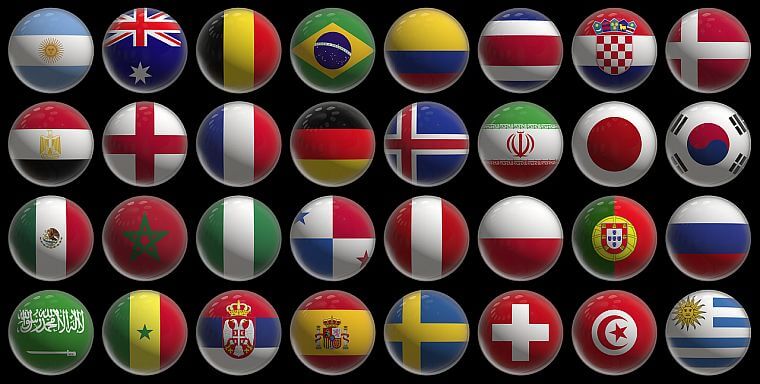 Your complete guide on how to watch the World Cup 2018 online.

Here's all you need to know about how to watch FIFA World Cup 2018 matches online live from Russia.

With the Group Stage and the Round of 16 Knockout Stage over, the World Cup now enters its most exciting stage, the Quarter Finals.

Argentina are out. Portugal too. Spain out on a penalty shootout. It's no surprise that Brazil and Belgium advanced, but what other surprises await? Sweden and England advanced on squeakers.

Use our guide and don't miss a match!

Typing "World Cup" or "FIFA 2018" (or similar) into Google will also give you great information; in fact, better than FIFA's. 🙂 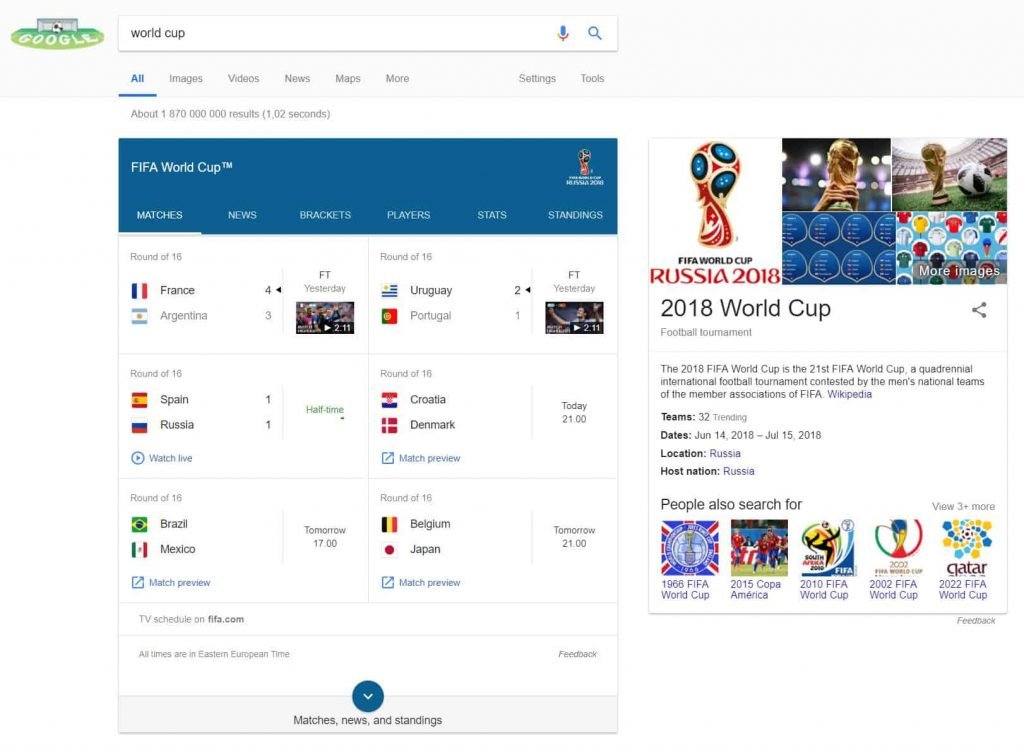 Google's information on the World Cup 2018 is awesome (select to enlarge).

The full list of which national broadcasters acquired rights to broadcast FIFA World Cup 2018 games within their country can be found on Wikipedia at https://en.wikipedia.org/wiki/2018_FIFA_World_Cup_broadcasting_rights

But you can check our more comprehensive summary table a little further down below which includes additional information that will help you stream the matches.

How Can I Stream World Cup 2018 Matches?

Away from home or travelling during matches and want to watch the games on your home national TV station?  Or live somewhere that has no local broadcasts available and don't want to pay for expensive pay TV access? No problem!

The easiest way to stream the World Cup matches is to use a reliable and fast VPN provider such as PureVPN.  A VPN service make it seem you live in the same country as the official broadcaster.

For example, because the two USA broadcasters Fox and Telemundo are licensed to streaming the games, you can simply connect your VPN service to USA-based servers, and then access the broadcaster's live stream on its website or app to watch the World Cup matches!

Another example: the two British broadcasters BBC and ITV will be officially streaming the matches via their online players BBC iPlayer and ITV Hub, so you'd connect your VPN service to British-based VPN servers, and then access the BBC iPlayer or ITV Hub to watch the games!

It really is that simple.

The principle in the examples above works exactly the same for matches broadcast online in any country.

We recommend PureVPN as a reliable and fast VPN provider with lots of fast, non-lagging servers all around the world. 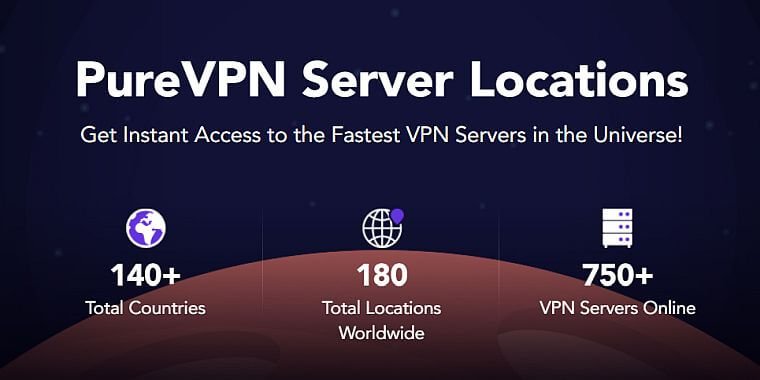 PureVPN has the most VPN server locations in the industry.

As you can see in the table below, PureVPN has tons of VPN servers spanning almost the entire globe!

PureVPN leads the VPN industry with VPN servers located in 140 countries, even Syria and Afghanistan.

If PureVPN does not have a VPN server in a country, then nobody does! ​

Our massive table below gives you the best guide to live streaming World Cup 2018 matches online.

Top Tip – If you are new to VPN services or don't know what they are, check out our guides, 'Best VPN Providers' and ‘What Can You Use a VPN For?'

Is it Free to Stream World Cup Matches with VPN?

So, if you will use a VPN only for watching World Cup 2018 matches, just sign up for 1 month of VPN service and your plan will last long enough to get you to the final for only $10.95.

But, if you think will use a VPN service for other things (and you should!) such as protecting yourself on open Wi-Fi networks, torrenting anonymously and preventing online tracking, an annual plan is great value at only $2.49 per month.  🙂

If you stick with the recommendation above, you will be safe. That's because you will be accessing a reliable online broadcast via a reliable VPN service.

Don't be tempted to simply Google “watch World Cup 2018 for free” and act on it. You’ll be presented with plenty of sites, but many or even most of them will not be safe.

Hackers prey on football and soccer fans during major tournaments and will try all kinds of tricks to get you to download malware, fall for drive by hacking attacks and all sorts of other trickery.

Stay safe and access FIFA World Cup 2018 matches through the official TV broadcaster’s sites and app players using a VPN that will make it seem you live in that country.

Even if you find a free online streaming service that isn't serving malware or trying to screw you in some way, these sites are prone to brutal lagging and crashing, usually at exactly the wrong time!

A premium VPN like PureVPN will perform as if you were living down the street from the official broadcast whose online stream you are accessing.

Want More Info about How to Watch World Cup 2018 Online?

Other good guides we've seen for how to watch the World Cup online are:

Top Tip – The first and last guides above are great, but recommend VPN services for watching the World Cup Euro 2018 that are more expensive than PureVPN and have less servers!  You are far better off with PureVPN, an equally high-quality, lower cost service with more servers worldwide for fast and reliable streaming of the matches.

Nordvpn is an excellent option to stream. Been using it for a while, and highly recommend it 😉

Have to agree here with you 🙂 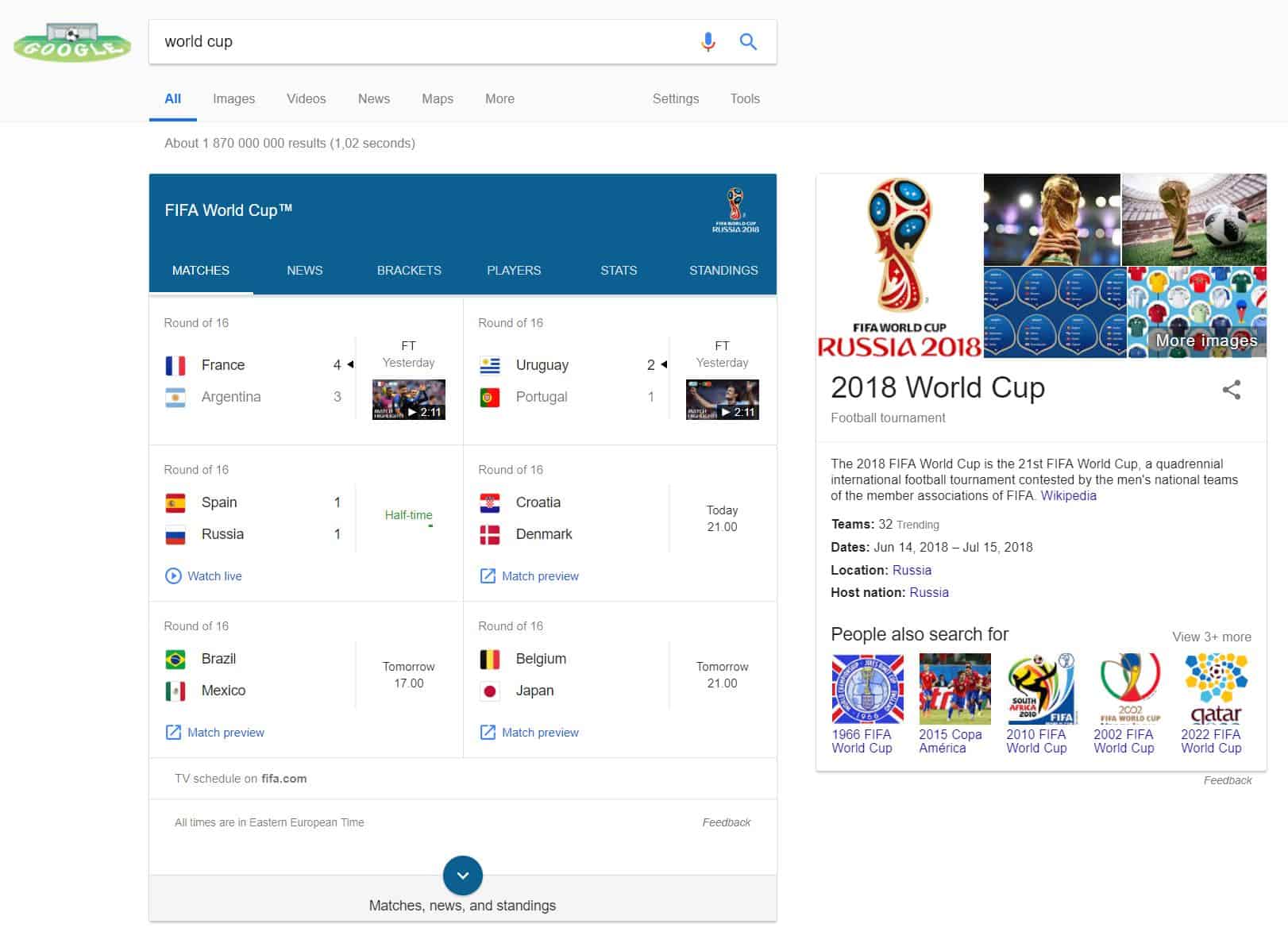