Hall of Shame: An Expose of VPN Review Sites

VPN review sites are notorious for shady practices. That's a shame and not the case with all of them. 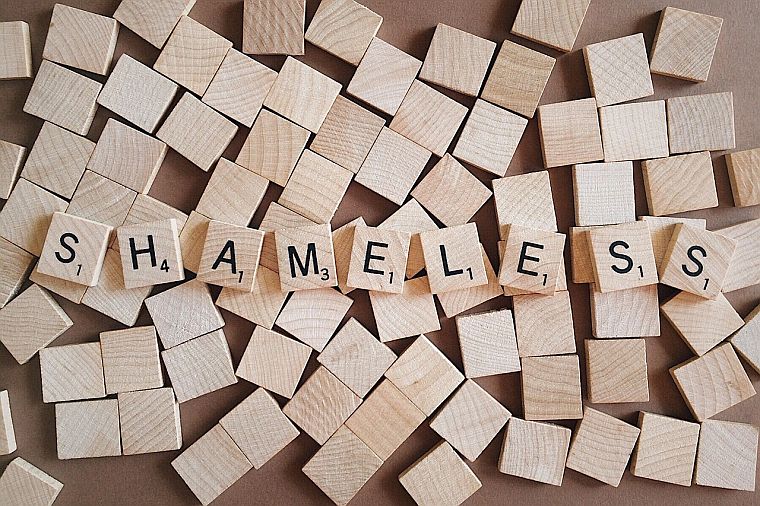 The point of this post, besides having a little light humored fun, is to highlight some of the suboptimal practices of VPN review websites.

If the issues we raise get addressed and bring about change, that’s no bad thing for VPN consumers and VPN affiliate marketing.

The study’s goal was honorable: to raise awareness about the marketing practices of VPN providers. In particular, they wanted to point out VPN providers that were advertising themselves as no logs yet, if you read the legalese of their terms of service, you would discover they were in fact keeping records, including the connecting IP addresses of customers.

We poked around their website and found that most of their links to VPN provider’s websites contained affiliate links. That’s OK provided it is disclosed. The only hint of affiliate links on TheBestVPN website was a tiny footnote at the bottom of pages, well below the fold.

An example of a "buried" affiliate disclosure.

Not only is this against Federal Trade Commission’s affiliate marketing guidelines (of course it might be that the website does not fall under FTC jurisdiction) but we found this pretty ironic given that they had just authored a study bashing (rightly) VPN provides for misleading marketing practices.

I can’t remember how we stumbled across the website BestVPNReviews, but we were immediately struck by its odd writing style. It seemed like posts were written in a different language and then translated into English.

Even the bios of the website’s team were somehow written strangely which was even more surprising given that the bios indicated the team members were well-educated and hailed from English-language countries.

The BestVPNRating "editorial team" is not what it is represented to be.

A quick reverse image search via TinEye on the bio photos revealed the truth: they were fake. All of it.

Every single image was a stock image (select thumbnails below to enlarge). Check for yourself at TinEye.

What are the chances that the narratives accompanying the bogus bio photos are true? Zilch, we suspect.

And so what does that likely mean about the quality and trustworthiness of their reviews? We all know the answer to that.

Shame On You GIF from Sh GIFs

Should be Giving Back, Not Taking

In contrast to the BestVPNReviews example above, the bios of the team at vpnMentor seem genuine.

Maybe it’s a small gripe - especially considering the other examples in this post - but vpnMentor is a heavy hitter. They are a top 10 VPN review site and command an Alexa rank of 14,131 Globally and 11,511 in the USA.

That’s impressive and means they are probably making tens of thousands of dollars a month from their affiliate links. To their credit, their affiliate disclosure statement is clear and prominent on every page in accordance with FTC affiliate marketing guidelines. They are to be applauded for that.

However, it’s s little rich (pardon the pun) that the vpnMentor website just as prominently asks for donations! 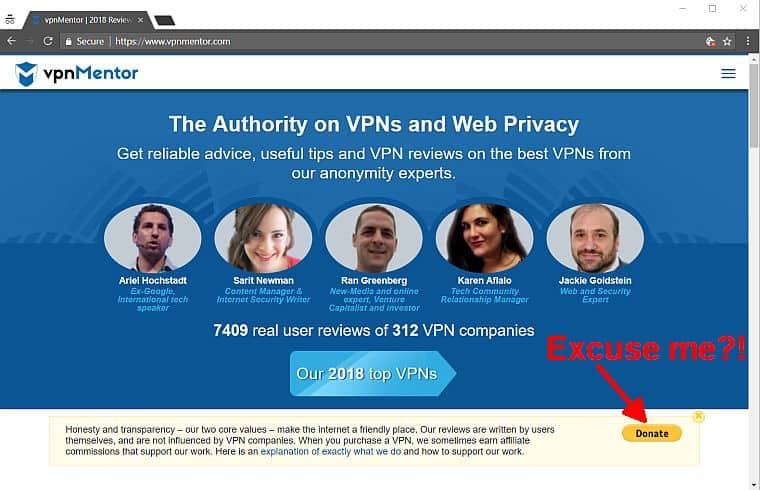 A top 10 VPN review site asking for your donations. WTF?

Excuse me? I don’t think so.

Vpnmentor is not Wikipedia. It's a commercial enterprise making hefty commissions from its reviews.

Rather than begging for money, vpnMentor and its founder, a former Google manager (according to his own bio), should be paying the visitors to its website or at least some of them!

That’s because vpnMentor benefits from user reviews and even uses them to promote the value of its site, in turn generating commissions from their referrals. Geez.

How about you drop the Donate button, vpnMentor?

But we are ethical and comply with the FTC affiliate marketing guidelines.

The point of these examples is not so much to name and shame as to show people that they must be on guard, more than ever, in this era of fake news and, yes, sometimes fake reviews too.

Highlight some of your favorite examples in the Comments below.​ 🙂

True that, it was surprising to see thebestvpn and vpnmentor doing stuff like donate and Shutterstock fake photos.

please also give a look at https://www.bestvpndeals.com/privacy-policy/