Snowden Leaks: a Summary of the NSA Programs 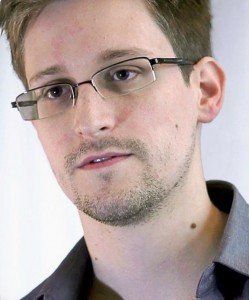 Courtesy of Laura Poitras / Praxis Films [CC BY 3.0 http://creativecommons.org/licenses/by/3.0, via Wikimedia Commons
In Brief: Revelations of the Wide-scale Spying on Citizens Revealed by Edward Snowden

By now, everyone has heard of Edward Snowden, former computer security consultant for the CIA and the NSA, and now described as anything from a hero to a traitor.

His story made a great impact starting in 2013, when he disclosed a huge amount of classified information to journalists that he had acquired during his time at the intelligence agencies.

Here’s a quick summary of the main surveillance programs revealed by the Edward Snowden leaks, followed by a discussion of the implications for your personal privacy.

The origins of this system of global surveillance dates back to the middle of the 20th century under a USA-UK agreement to engage in joint surveillance and intelligence sharing. This intelligence gathering cooperation was later expanded to the Five Eyes alliance to further includes Australia, Canada and New Zealand.

The surveillance network continued to grow, cooperating with other governments and private companies, but it was not until the events of the 11th of September of 2001 that many of the constraints imposed on the information acquisition by the intelligence agencies were removed, allowing global surveillance to reach unprecedented scale.

While governments insisted that the purpose of these surveillance initiatives was to combat terrorism and monitor foreign policy and economic situations in other countries, Snowden claimed that the true reasons for the programs were to enable social, economic and diplomatic spying and manipulation.

It was revealed that this data was made available to the spy agencies by industry-leading companies such as Google, Facebook, Apple and Microsoft, including its Hotmail and Skype services.

XKeyscore is a software system that enables monitoring and analyzing of network traffic generated by anyone in the world, storing user data and metadata on servers at 150 locations around the world.

According to the files disclosed by Snowden, even low level analysts at the NSA could search and listen to communications of U.S. citizens without a warrant or supervision. At the same time, the NSA claims to use the system to lawfully collect data on legitimate targets within strict multi-level constraints.

Tempora is a similar surveillance system used by the British Government Communications Headquarters (GCHQ) to collect communications data extracted from fiber-optic cables that make up the backbone of the Internet without targeting any particular users. The system has been in operation since 2011 and the intelligence gathered is shared with the NSA.

This surveillance program is operated jointly by the NSA and the British GCHQ. The leaked documents describe the existence of secret information collection from the communication links between Yahoo! and Google data centers. According to the documents leaked by Snowden, the amount of data collected under this program exceeded that acquired under the PRISM program.

Lustre was a treaty between France and the Five Eyes, according to which communications data collected from the French telecommunications company Orange S.A. was shared with the NSA.

The newspaper and journal articles published about these programs were based on a small portion of the documents and electronic files contained in the Snowden leaks. The full scope of information contained in the files remains unknown, as does the range of global surveillance. Nevertheless, it seems clear that ubiquitous intelligence and data gathering spans all areas of our activities.

It is safe to say that communication feeds across any media are collected and analyzed and that contact lists are mapped to identify associations between users.

Mobile phone locations are tracked, as is financial data, such as credit card activities, international transactions and hotel reservations.

Several attempts have been made using malware (malicious software) to spy on users of the anonymous Tor network.

Even surveillance of virtual reality worlds was revealed including in World of Warcraft and Second Life among others.

In other words, it is hard to imagine a part of our online lives that has not (or cannot) be touched by these programs or their near equivalents in the private sector.

Activists around the world have expressed their outrage about the violation of their privacy rights and demand that these programs be scaled down or discontinued. Government officials defend the programs and assure citizens that strict regulations are in place to limit the use of data for the sole purposes of national security.

What to Do About it

Of course, most of us (hopefully) don’t need to worry too much about being subject to targeted NSA-style surveillance. But Snowden’s revelations suddenly jolted the world awake from a privacy nightmare which it was previously unaware of and had been sleepwalking into.

And it’s not only invasive governments you need to worry about, but your “friendly neighborhood” Internet service provider, search engine, email, social media and app maker together with their armies of invisible marketing partners, all trying to get their hands on your information for profit and benefit.

Even if you are a regular Joe or Jane, you should take measures to protect your privacy online and secure your computers, laptops, tablets, smart phones and other Internet-enabled devices. Online tracking and profiling is a problem for EVERYONE (even your children).

Of course, if you engage in sensitive activities your reasons and needs for enhanced protections are even clearer. Such activities cover a broad range and could include researching personal problems on the Internet, tracking your finances online, torrent file-sharing, having a penchant for erotica, or anything you would rather keep private or secret from any would-be snoops.

You Do have a Choice

With this new-found increased awareness about online privacy comes choice. There are now plenty of software apps, services, plugins, add-ons and even hardware devices to help protect your privacy.

Ideally, privacy should be easy and affordable. But sometimes the amount of choice can be confusing.

And that’s the point of this website. At Cogipas.com, we provide you with practical and proven tools and methods for enhancing your privacy, anonymity and security. Choose what works best for you based on your own needs, budget and situation.