Mullvad has an excellent reputation among privacy geeks, but this VPN won’t appeal to everyone. We review Mullvad’s strengths & weaknesses.

Yet another Mullvad VPN review.

Mullvad isn’t the most well-known VPN provider, but they’ve developed a solid reputation around the internet.

They’re the top recommended VPN on That Privacy Site, and they’re a favorite over on Reddit too.

So, we figured it was time to see what all the fuss is about. Here’s our review of Mullvad VPN.

Mullvad keeps it super simple with their pricing.

Subscriptions are an affordable €5 (or $5.70) per month, regardless of whether you sign up for one month or 50.

However, they do offer a 10% discount if you pay with Bitcoin or one of the other cryptocurrencies they accept.

They also have a strong 30-day money back guarantee.

Mullvad’s free trial is only 3 hours, but it doesn’t require a credit card or any other personal info – not even an email address.

Still, we wish Mullvad’s free trial was at least a little longer, say 3 days, to be among the better free trials for VPNs available.

There’s a lot to like about Mullvad. Here’s a look at their stand-out features.

Other VPNs have a lot to learn from Mullvad’s sign up process. Not only is it super easy, it’s extremely private.

You simply generate an account number, and that becomes your log in for the VPN. You don’t have to give your name, address, or even email address, and you don’t have to set a username and password either.

Not only does this minimize privacy vulnerabilities, but the account number generation opens up some interesting possibilities. For example, Mullvad is fine with users creating multiple accounts, sharing accounts with multiple people, etc. 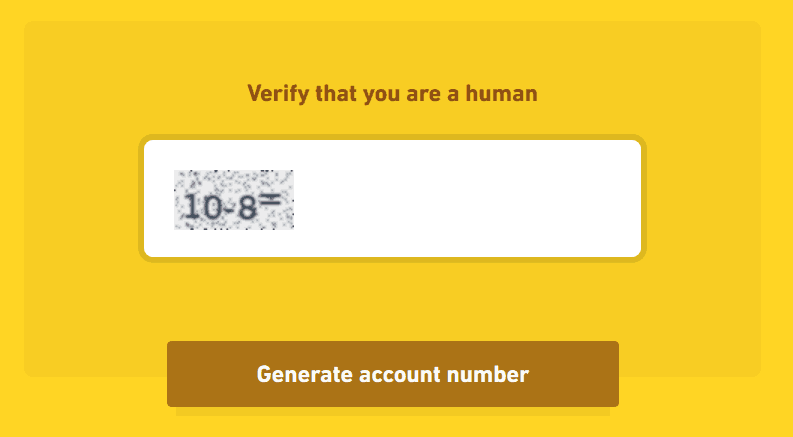 So, for instance, you could start a new account every month, simply discarding the old account number after each subscription expires. If you need to do something quick but sensitive, you can also simply generate an account and use its 3-hour trial to handle your task.

Again, we’d love to see other VPN providers take a page out of Mullvad’s book here. 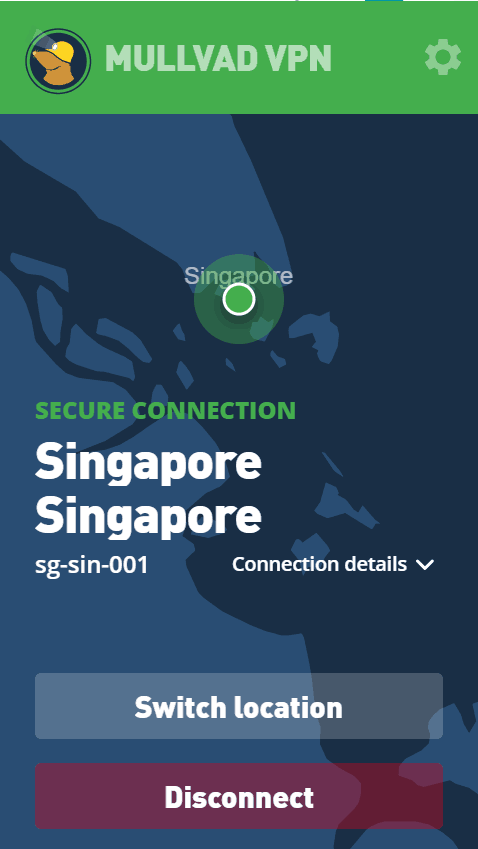 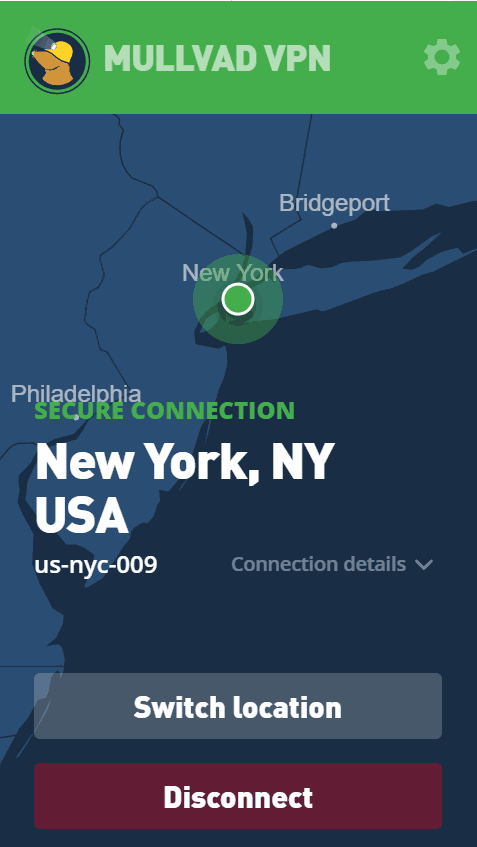 As we highlighted above, Mullvad is under $6 per month for a one-month subscription.

If you’re willing to pay for a few years upfront, services like Private Internet Access and NordVPN are much cheaper – but Mullvad has one of the cheapest no-commitment monthly memberships around.

Mullvad is clearly a privacy-focused VPN.

For instance, their privacy policy is one of the most transparent we’ve seen, explaining exactly what they do and don’t log, as well as how payment information is handled and stored. They’re also upfront about their ownership and staff, which is awesome to see.

Mullvad was also an early partner of the Signals of a Trusworthy VPN program.

Here are some of their other good privacy features:

They even offer a PGP encryption key for support emails and an onion link for their site. And they’re one of the few VPN providers we’ve seen that accept cash payments for added privacy.

Mullvad doesn’t block p2p traffic, and they even have a handy guide on their site for using BitTorrent safely.

Top Tip: Rather than BitTorrent, we recommend you use qBitTorrent (note the ‘q’) – see our post Best Torrent Clients.

Woah. We ran back-to-back tests on Mullvad vs ExpressVPN.

ExpressVPN regularly tops “fastest VPN” lists, so what we’re about to say might surprise you… Mullvad won. What makes it even more surprising is that ExpressVPN’s server was actually closer to us. Despite the server being nearly 2,000 km away, the Mullvad connection barely lost any bandwidth.

In short, Mullvad looks to be one of the fastest VPNs on the market.

Mullvad is also one of a handful of VPN services that does not have an affiliate program.

These are programs run by most VPNs and pay commissions to websites that refer them costumers. In other words, you can be sure that the websites and reviews referring you to Mullvad are not receiving any financial compensation for doing so.

These are a couple of things about Mullvad that we were kind of ‘meh’ about.

While privacy in Sweden isn’t quite as bad as it is in, say, the US or the UK, it is part of the “Fourteen Eyes” – and has toyed with the idea of both widespread surveillance and even specifically monitoring VPN use.

In short, it’s not the worst location for a VPN, but it’s certainly not the best one either.

Wireguard is a new, developing protocol, which the founder hopes will one day replace OpenVPN and IPsec. Its code is sleeker and more efficient, making it faster, less resource intensive, and possibly more secure.

However, Wireguard is still in its infancy, hasn’t been audited, and some experts have questioned its ability to ever be a serious alternative to OpenVPN.

Oh, and it’s not yet compatible with Windows either. It’s Linux, Android, Mac OS and iOS only for now.

So, while we appreciate Mullvad’s introduction of Wireguard servers, you might be trading privacy and stability for a little extra speed. Most VPN users are better off sticking with Mullvad’s OpenVPN servers.

Okay, so Mullvad isn’t perfect. Here are a few things we didn’t like.

One of our biggest disappointments with Mullvad is its lack of a dedicated smartphone app for both Android and iOS.

You can still use Mullvad on your phone – but only by setting it up through the OpenVPN or Wireguard apps. While the process isn’t rocket science, the average user is likely to find it a little complicated compared to the sleek and easy-to-install apps provided by NordVPN, ExpressVPN, and other top VPN services.

To be clear, Mullvad has plenty of servers in the US, Europe, Canada, and Australia.

Unfortunately, that’s pretty much it. There’s one server in Brazil, one in Israel, one in India, and two or three a piece in Japan, Singapore, and Hong Kong. Six locations for three continents. That’s pretty weak.

Though to be fair, ExpressVPN has a lot more servers in the Asia Pacific region, but in our speed tests we still got better performance in Southeast Asia from Mullvad.

Customer support is only available through email, and Mullvad’s business hours are based on Swedish time, which is 6 hours ahead of the US east coast (EST).

While Mullvad’s service is good enough that you probably won’t need to contact support much, we’ve got to knock them a couple points for not having 24/7 service or live chat. 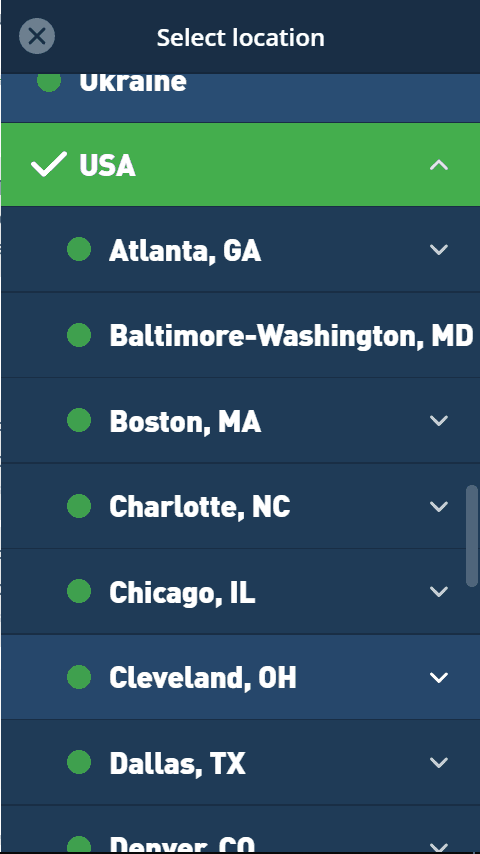 Our Final Thoughts on Mullvad VPN

Mullvad has one of the best sign-up processes and privacy policies we’ve seen. They also have all of the security features you’d look for, they’re very fast, they’re p2p friendly, and subscriptions are affordable, especially over the short term.

On the other hand, they lack servers in non-Western countries and don’t have a first-party smartphone app.

At the end of the day, the question is: would we recommend them?

Related: if you want a country-specific VPN recommendation, check out our post Best VPN by Country