We explain all you need to know about internet speeds, including common terminology and the minimum requirements for everything from watching Netflix to online gaming. 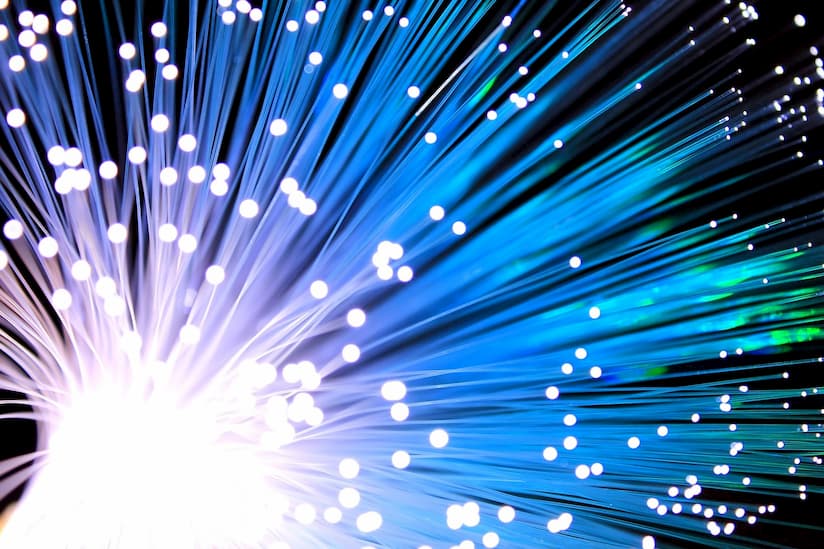 Internet speeds can be confusing, so let's clear up a few things.

Internet speeds are often described in different and confusing ways. Whether you need to know your Internet speeds for streaming, torrenting, Usenet, online gaming or anything else you love to do online, understanding the terminology is a key step.

Internet speeds are usually measured in 'Megabits per second'. You’ll often see this shortened to Mb/s or Mbps. These all mean the same thing. Note the small ’b’.

Confusion comes from MB/s or MBps. Note the capital ‘B’. This refers to megaBYTES per second. There are 8 bits to a byte, so the same Internet speed looks very different when expressed in Mbits per second (Mb/s or Mbps) vs Mbytes per second (MB/s or MBps).

To convert MBps into Mbps, divide the data transfer rate value by 8.

Our table below shows the converted equivalent values side-by-side, along with recommended Internet speeds for different online activities.

Scroll right for the rest of the table >>

Now that you understand the terminology, next is to look at the speeds needed for each activity.

According to the Netflix website, you need 5 Mbps for each HD stream.

This means if you want to stream two HD streams at once (for example, one for you and another for the kids), you will need 10 Mbps.

Whatever torrent search sites and torrent software you use, just make sure to use a torrent-friendly VPN to hide your IP address and download traffic.

By using a VPN, you will take a speed hit, but it’s never worth the risk of torrenting without a VPN just to download your files a little faster.  But there are still ways to make sure you’re getting the best VPN speeds possible:

With the right Usenet provider, you can “max out” your Internet connection. Imagine utilizing 100% of your bandwidth to download the content you. Pretty sweet, huh?

Actually, you won’t quite get to 100%. You can expect to lose about 10% of your speed to overhead.

To get the best Internet speeds when using Usenet, follow these tips.

Read even more tips in our Usenet speeds post.

That’s because online gaming doesn’t actually use a lot of data. But if your system takes too long to communicate with the server (high ping), you’ll experience lag while playing, which will place you at a huge disadvantage in competitive games that rely on fast reactions, like first-person shooters or MOBAs.

In general, Internet speeds of 20 Mbps to 50 Mbps are more than enough for most online games. However, you want your ping to be as low as possible.

Once your ping creeps above 100ms and especially 150ms, you’re going to see noticeable lag and be at a distinct disadvantage in competitive games

So, how do you improve latency? Here are a few tips:

Unfortunately, since ping is so highly dependent on your distance from the server, you may be at the mercy of your location. If you play a game that doesn’t offer servers in your country, you may be lucky just to achieve latency in the 100ms to 200ms range.

Top Tip - Use a gaming-friendly VPN like PureVPN or better yet a dedicated gaming platform that optimize speeds such as Outfox.

Internet Speeds are Slower Over Wi-Fi

Plenty of people go to Speedtest.net, run the test and freak out that their speeds are slower than they are paying for.

Did you do the test while connected to Wi-Fi? Or did you - as you are supposed to - connect your computer directly to your router via an Ethernet cable?

If you did the speed test while connected over Wi-Fi, well no wonder you think your speeds are slow. Wi-Fi speeds will always be slower.

Even with a complete Gigabit modem set-up, the highest Wi-Fi speeds you can expect are under 500 Mbps. In most cases, you can expect actual speeds while using Wi-Fi to be between 175 to 300 Mbps.

So, if you want to max out your connection while streaming, torrenting or downloading from Usenet newsgroups, the best way is to connect your computer directly to the router via Ethernet cable.

That is not as convenient as a Wi-Fi connection, but you’ll get a big speed boost.

Make Sure You Are Getting the Speeds You Are Paying For

Don’t get stuck paying $70 a month for plan that’s supposed to be 250 Mbps, when you’re really only getting 60 Mbps speeds.

If this is you, it’s time to call your Internet provider and that they either discount your service or fix your speeds. In many case, they can resync your modem and improve your speeds, but it won’t happen if you don’t ask.

But how do you know your home Internet speeds? Follow these steps to figure it out:

Speedtest.net will then test your download and upload speeds, as well as your latency. This should only take about 60 seconds or less.

Now, compare these speeds to what you’re paying for. A slight difference is normal and not a big deal. For instance, if you have a 100 Mbps plan and your test showed 93 Mbps, this is fairly normal and the small drop could be due to the time you’re connecting, your hardware or software, or some other minor issue.

However, if your speeds are much lower, say 75 Mbps on a 100 Mbps plan, this is a problem – and it’s time to start troubleshooting.

First, try resetting your router and computer and reconnecting. You should also try the speed test at a few different times, since sometimes your speed loss is simply caused by connecting at peak hours.

However, if you’re still getting speeds that are less than what you pay for, it’s time to contact your provider and see what’s up.

So, we’ve covered the basics of Internet speed and latency, and looked at the ideal bandwidth for everything from streaming through Netflix to downloading from Usenet.

In general, you don’t need extreme speeds to stream lower quality video, play online games, or even to download from torrents or Usenet. But if you want to watch movies ultra HD quality, download large files quickly, or have a lot of people in your household, you’ll need to upgrade.

Just make sure your ISP is actually providing the speeds that you’re paying for!

How to Stream UFC Fights for Cheap (or Free)

How to Unblock Disney+ from Anywhere in Minutes